Today I’ve got another Carina Writer doing a guest post for my blog! 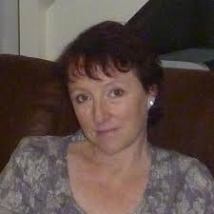 Hi, and thanks for welcoming me to your blog, Andi 

I’m here to talk a little bit about the publishing route I’ve been lucky enough to be able to choose; that of the Hybrid Author. I write both for myself and for publishers – as long as they’ll have me! – and the sense of achievement is already phenomenal, after less than a year. Not in terms of sales, I hasten to add, because it’s a long, slow process getting the word ‘out there,’ and I’m working full-time as well, so probably don’t spend as much time promoting as I should; writing time is precious enough! But I’m learning as I go, and picking up tips all the time.

So, having been already signed by a publisher, why did I then choose to put my own work out? Impatient? Control-Freak? Cocky?

I can promise you, it was none of the above. The simple thing is, I wrote a book in 2010 that won a contest in 2012, and was utterly unlike anything I’ve ever written before. It won me a publishing contract with Piatkus, people liked it, and in 2013 it was nominated for an award. I was thrilled. Still am. And very, very proud. That was Maid of Oaklands Manor (formerly Saturday’s Child.)

However, the work I’d done up to that point remains my true love; I’d been writing and re-writing The Dust of Ancients since the early noughties, created a whole new interpretation of the history of the Cornish moors, placed my characters within it and watched them grow.

How could I let all that go, and simply follow that rather shady path that had suddenly opened up in front of me? I say ‘shady,’ not because of any hint of wrong-doing, but because I had no notion of where it would lead or what I might stumble over. There was the niggling fear I would be suddenly dropped mid-series (which I was!) and the question of whether I really wanted to be *that* kind of a writer for evermore.

My agent has expressed cautious approval of The Dust of Ancients, but says it’s too niche and  prefers to represent me for my historical/romance/drama work, which is absolutely fine by me, because she has just secured me a 2-book deal with Carina (pause to run around the room squealing, yet again!) I am happy to continue writing that kind of book, and have written a second in that series and begun the third … but in the meantime my poor first love had been wilting for want of light.

So, I opened up the folder, looked over the MS again to see if any of it was salvageable, and decided to let the rest of the world be the judge. So far the light I have given it is like the lowest setting of a three-touch lamp, but that’s got to be better than the total dark of a Word folder, don’tcha think? The bonus, using that analogy, is that the fourth touch can never plunge it back into darkness; the book is on sale, it’s undoubtedly mine, from first word to last, and no-one is going to come along and beat me to it.

The biggest plus, of course, is that I can put it out in paperback. I doubt any of my historical dramas will be physical books, sad as it is to acknowledge that. I love the way my self-pubbed book looks, love the way it feels, love the way I can physically pass it over to people who ask about it, instead of giving them a link they’ll probably lose before they get home. The cover is stunning, and the cover for book 2 even more so and I can’t wait to share it! (The Lightning and the Blade is due out in June.)

Running parallel with all that excitement is the knowledge that my WW1 drama (currently titled: Lady of No Man’s Land) will be released by Carina, hopefully in July. So it’s a double-whammy of publication this summer … better get that promotion muscle flexing, eh?