Sometimes, when you write stories, life starts to seem like this weird symbolic thing, where everything has relevance. That guy you exchanged glances with at the cornershop when he was buying jaffa cakes, and you had a pint of milk, well, clearly, you were destined to see him again. The necklace you found after months of looking for it, signified an emotional change, and the feeling that you were going to get what you wanted. Raining on your birthday? Accidentally hit a guy in the face whilst twerking? Meaningful.

The fictional world is one full of signs, so that when you look at the real world, you can tend to see where things are going.
And often, things that appear to be problems are really only different archetypes in storytelling. So here are the main things I’ve learnt about relationships from writing romances.

Happily ever afters are built, not given. Work at it. Just because the book ends doesn’t mean the drama does!

I am a proper Londoner. I don’t make eye contact with people, march through crowds of tourists like it’s a Mario Kart race course, and whilst I will get up on the tube to let someone have my seat, I’ll do some with a terrible English awkwardness, in fear of the older/pregnant person being offended.

London is home, and it’s been home for all my novels. There’s nothing quite like the conversations you have on the nightbus, rambling along listening to drunk teenagers talk to tourists, everyone so drunkenly sincere. I love 2am kebab shops, and shabby chic coffee shops where everything is overpriced, but you pay because the environment is so lovely.

I love Hampstead Heath on sunny mornings, and the shops in Highgate village. I love the nostalgia of passed out punks in Camden market on Sunday mornings, and having lazy conversations on Primrose Hill as it starts to get dark. 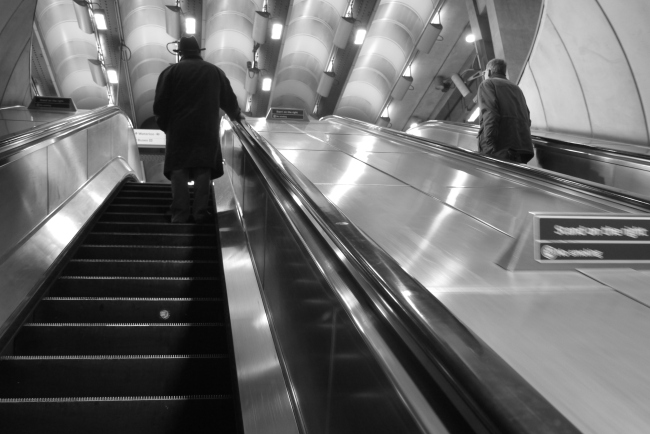 People set romcoms in London for a reason, but it’s usually peppered with shots of Big Ben and the London Eye, people all somehow affording to live in these flats in the centre of town. It’s the same with New York. People love a city, they love the possibility it affords: today you might meet someone who changes your life. That’s not really how it happens in the countryside, unless an alluring new stranger comes to town.

But that’s not why I write about London. Sure, I love the prettiness of it, chic fashion and historic architecture, but my characters love London like I do- because it’s home. They don’t talk about wandering down to the Millenium wheel, because that’s not what Londoners do. My characters visit the places that I have been, the little secrets of the city that I’ve made my favourites. In The Last Word, Tabby and Rhi live in Tufnell Park, because that’s what I’d love to do. They alternate between snazzy cocktail bars in Covent Garden, and backstreet old man pubs that just appear out of nowhere, hidden away and perfect in their dim light and beer-drizzled carpets. The Type offices are set just off Regent Street, in the offices where I interned for Vogue.

London is this massive sprawling living thing, beating and breathing, and I hope that my books will always give a little of the ‘real’ London, the London of Londoners. At least until I can find an excuse to set a book in Italy, and then I’ll see you later, London!

In theory, I have no problem writing sex scenes. The first story I wrote that got any recognition was about a girl having sex with a guy she just met, in a disabled toilet, at her aunt’s funeral. I am not squeamish. But that’s literary fiction. That’s when sex serves a purpose, to show the breaking down of walls, or the attempted escape from reality. Sometimes it’s symbolic of trying to feel alive. I can write sex scenes when they’re symbolic.

But when I first started writing The Last Word, I had to consider what level I wanted to write at, in terms of sexuality. I’ve read a lot of really explicit stuff, and I’ve read things that fade to black. I tried for somewhere in between. The truth is, sex is weird. It’s a lot of strange mechanics and actions that are difficult to write about, because you have to imbue some sort of passion and emotion. If you’re just writing ‘then her hand goes here’, that gets to the point, but doesn’t make the reader care. Some of the best sex scenes I’ve read come from really old novels, where the build up is the most important thing. And I think that’s true of chick lit too- sex is the pay-off for many chapters’ worth of sexual tension. If you write a book where your love interests are at it before they’ve even interacted at all, well, I’m not really interested.

I suppose that’s a female thing, that we want sex to mean something. That’s a generalisation, but in terms of readers of chick lit, I’d say it’s a safe assumption. Sex should be passionate and engaging and emotional. I couldn’t resist it in this book, that it should become symbolic again. All of my female characters seem to have trust issues, and sex is a form of trust. Letting someone in, being vulnerable, all that character development comes from sex scenes. Plus, I think we have a duty as writers to show what sex is really like. I remember as a teenager watching that Britney Spears movie, Crossroads, when they fade to a sunset after she kisses this topless guy, and thinking: this is clearly not what a first time is like. Doesn’t mean there can’t be love or passion, but awkward and uncomfortable are two big contenders there. And it can be funny, and strange and you can sound different to how you do normally.

One of my biggest peeves with Fifty Shades of Gray (of which I have bazillions) was that Christian Gray went from being all stiff upper lip, very ‘proper’ dialogue, to all ‘yeah baby’ in the bedroom. Your characters are still your characters in the sack. Don’t revert to stereotypes just because they’re boinking. Which is clearly not the biggest problem with that book, but was something that jumped out at me.

So, I did have trouble, writing the first few sex scenes, and as I got more confident in them,  I explored different situations. Some of them worked, and some of them had to go. One in particular involved such an awful play on words and a reference to oral sex that I actually shouted ‘oh gross’ when I read it through in edits, and scratched it through in red pen five times.

Who are your favourite writers who deal with sex scenes, what do you expect from them, and how do you find writing them?