I’ve spent a lot of time wanting to be an adult. As a petulant teenage moaner, I used to insist that whilst I was thirteen, I clearly had the mentality of a thirty-year-old. Not only is this not true (was I desperately crying that all my friends were married and my job wasn’t what I wanted? No. Did I care about interior decorating or what type of wine to take to dinner parties? No. Was I a rampant, yet acceptably charming, alcoholic? No.) it was a waste of the opportunity I had to be a whiny thirteen-year-old.

And now, as the Walrus said, the time has come. Not to grow up entirely, but to perhaps embrace that grown-up responsibilities (whilst horrible and stressful) are the signal of a new era in life. I knew this mindset had occurred when I started craving matching tableware.

What signalled this thought process about accepting responsibility? Watching Clerks. Clerks, if you don’t know, is an absolutely awesome film about two guys who work in rubbish jobs. That’s kind of it. Which is why I identify with it, as should any graduate. You’re doing shift work? You get called in at random times? Your customers are morons? Weird stuff happens and you’re never entirely sure how to deal with it? This film can be summed up in these words: ‘I wasn’t even supposed to BE here today!’

No, no, you weren’t. But you are. And you’ll have to deal with it, until you can figure out what the hell you’re going to do with your life.

That’s why the film is comforting. We’re all in the same position, in a moment of transition. Are you going to university? Do you want to change jobs? What are you going to DO with the rest of your life? Assuming it’s going to be long, do you want it to suck this much forever?

That’s fine. We’re all working these jobs to get by, to be able to afford rent and alcohol. As long as you’ve got your friends with you, it’s all going to be okay. And isn’t that nice? I can deal with my life being like Clerks.

It’s when your life is like Clerks 2 that you realise everything you hoped and dreamed of has already passed you by, and it’s time to panic and DO SOMETHING. Forget all that ‘Keep Calm and Eat Cupcakes’ crap, you need to wake up and realise your life is awful, and you may have already missed the best parts. 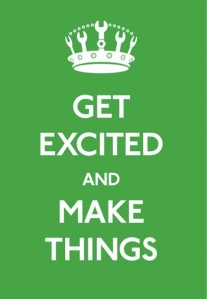 In the sequel, the characters are older, and have traded their jobs at the video and convenience stores for a Maccy D type existence. So, things have only gotten worse, then. Oh no, wait! One of them has a fiancee! So everything must be alright! Because that’s a symbol of responsibility, right? Yes, yes it is. Unless you’re MAKING A TERRIBLE MISTAKE.

The point here, if I’m not mistaken, should be ‘If you have a shit job, at least enjoy the rest of your life’. But they’re not, because they’re spending the rest of their lives moaning and worrying about the fact that their jobs suck. And yet aren’t motivated enough to change it.

I don’t particularly need to worry about this. I have a Five Year Plan. And a Ten Year Plan. And a special addendum on the plans that allow for specific amounts of spontaneity and frivolity per annum. But it does make one wonder. Are we able to just bumble around day to day, year to year, until we shuffle off this mortal coil with nothing more than a couple of hundred in the bank, and high cholesterol from the free food at work? Should we even be prescribing to this existence?

This is the daily grind, and we take what we can. If you’re living as an artist, you’re going to be doing these kind of jobs. And it’s the art that makes it worth it, makes you something beyond your shitty shift work. Which funnily enough, was the whole point of Clerks. The film itself was made on a teeny tiny budget, and was based around the creator Kevin Smith’s job. So, that’s comforting, right? The banal and frequently rubbish times spent working in a convenience store can become a work of art.

So…time to grow up. Or, maybe don’t grow up, just start making art about it. Yeah, maybe that’s a better plan. 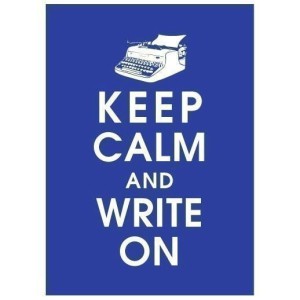